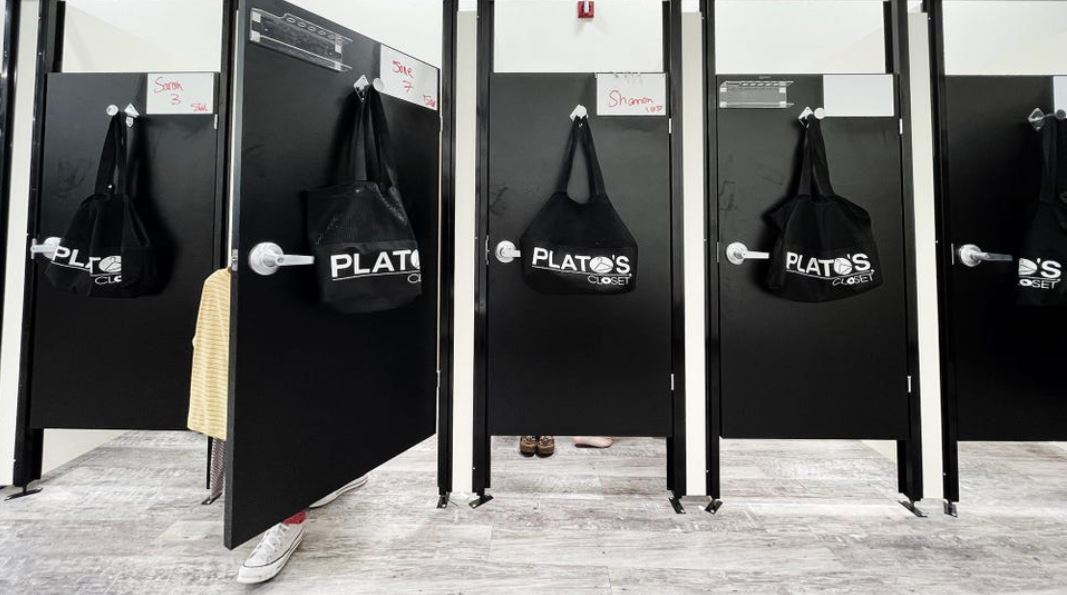 Winmark Corp.—which oversees 1,300 franchised resale stores like Plato’s Closet, Play It Again Sports and Once Upon A Child—has a long history of being profitable and keeping shareholders happy. Its buzzy online competitors can’t say the same.

In a busy strip mall in Vero Beach, Florida, a little secondhand sporting goods store called Play It Again Sports sits sandwiched between much larger chains like Best Buy, Lowe’s and Ross. Adorning one wall are hundreds of gently used frisbee golf discs in purple, orange, blue and yellow. Callaway golf clubs start at $19.99 each, with golf balls piled high in metal bins priced at a dime apiece. A bright-pink girl’s lacrosse stick and matching shoes go for a bargain-basement price of $40. Many customers are parents, looking to trade in soccer cleats and baseball gloves that their kids have outgrown or retired and put the 40% cash back toward gear for the next season.

The outpost is part of a little-known resale empire out of Minneapolis, called the Winmark Corp., which oversees 1,300 franchised stores under a variety of names: Plato’s Closet, Play It Again Sports, Music Go Round, Once Upon A Child and Style Encore. Last year, system-wide sales jumped 31% to $1.4 billion, as it benefited from customers returning to brick-and-mortar stores. Winmark takes a 4% to 5% cut of those sales as royalties, which generated the bulk of its $78 million in revenue in 2021. With a tiny corporate team of just 80 people (average tenure: nearly ten years) and few overhead expenses, it’s easily and consistently profitable, with $40 million in net income last year. That’s enough to keep investors happy, who pushed the stock price up 2% over the last 12 months, beating both the broader stock market and the slew of online resale upstarts like ThredUp, Poshmark and TheRealReal that have gone public in the last three years.

Call it the tortoise of the resale wars. The company, which went public in 1993, before hardly anyone was shopping on the internet, has taken a slow-and-steady approach. New stores are opened at a modest pace, allowing the company to be selective about the franchisee applicants it accepts. It hasn’t overspent on splashy marketing. And it doesn’t bother with earnings calls or financial guidance—not a single Wall Street analyst follows the company. Just 20 individual and institutional investors own 80% of the company.

“If people want to talk to us, they just call, and we call back,” said Winmark’s CEO Brett Heffes, 54, who joined the company two decades ago after working with retailers like J. Jill as an investment banker.

The resale industry (formerly known as second-hand shops) is growing fast. The segment could double to $82 billion by 2026, according to an industry-funded report—fueled by a generation of young shoppers interested in buying unique pieces in an affordable, environmentally friendly way. It’s getting an added boost at a time of soaring inflation and supply chain issues, with many shoppers flocking to thrift stores after encountering high prices and out-of-stock items at big-box retailers.

“People really want to see their dollars go a bit further, especially when they see gas and groceries going up,” said Diane Hubel, 61, a former radio producer who now owns four Once Upon A Child stores in the Virginia Beach area. When people couldn’t find kids’ swimsuits in stock this year, they headed to her stores.

Despite the surging consumer interest, most resale upstarts have struggled to make money. TheRealReal, whose founder and CEO Julie Wainwright stepped down abruptly last month, lost $236 million on $468 million in revenue in 2021. ThredUp reported losses of $63 million on revenue of $252 million last year. The hands-on approach adopted by many companies, meant to engender trust with consumers by acting as a reliable middleman, is capital-intensive. It’s expensive to source, clean, photograph, list and authenticate items. The marketing budgets are big, too, since companies must drum up both supply and demand.

“If you’re a business that can’t show profitability at that scale, that’s a challenge. It’s especially hard right now when people are looking for profitability,” said Jason Bornstein, a principal at San Francisco-based Forerunner Ventures. “You now have these businesses that are entrenched in this model that is really hard to make profitable because there’s just not enough margin there.”

Valuations have collapsed. Poshmark, valued at more than $7 billion after shares soared 142% in its first day of trading last January, is now worth less than $1 billion. ThredUp and TheRealReal are also worth a fraction of what they once were.

“I think the world and the investment community may be starting to understand,” said Heffes, that the economics of selling clothing and many other items online can be difficult.

Winmark has dabbled in e-commerce, but only when the prices are high enough to make it profitable. For instance, at Music Go Round, which sells things like used saxophones and electric guitars, the average order value is over $250, so it launched a website to sell goods online. It has no such plans for clothing stores like Plato’s Closet or Once Upon A Child, where the average item costs under $10. “Selling a couple of onesies online doesn’t make sense for anyone,” said Heffes.

A Once Upon a Child store and a Play It Again Sports store.

It’s more sustainable to sell in stores anyways, said Heffes, pointing out that packaging and shipping items across the country takes a toll. Most of the 1.4 million items the company has recycled since 2010 are bought and sold locally. That helps keep prices low, he says, since they don’t have to pass along shipping costs to the customer.

Its biggest impediment to growth is finding good franchise owners. Heffes would like to more than double its current store count and says there are currently 2,800 open territories. But he won’t rush things. Nine out of ten franchise owners are previous customers, who sign agreements for ten years and the vast majority renew for another decade.

“If we had North America built out like I want to get to, I don’t know if there’d be a big reason to go to other players,” said Heffes. “This worked when there was no internet. It works when there is internet.”

No comments to show.